Dementia is a condition that is triggered by various brain conditions. It can be chronic or progressive, and mainly affects brain functions such as memory, judgment, and ability to perform basic tasks for oneself. This condition is not curable, but intensive care and treatment are very significant.

How often do you hear people mention Dementia? There is a lot of unreliable information and myths related to dementia. We ought to grasp some of the facts about dementia. When we have a better and accurate understanding of this condition, it becomes easier to take care of our loved ones with dementia. Besides, it creates awareness about dementia making it significant towards our lives socially, economically, psychologically, and health-wise.

Below are eight Facts About Dementia

Dementia is normally associated with the eldery. Nevertheless, it is not a natural part of aging. Dementia can even affect younger people, but it is more common in people over the age of 65, whereby 1 out of 14 people in this category have dementia.
According to research, the risk of developing dementia increases with age. Conversely, even younger adults can still get it depending on the contributing factors.

Dementia cannot be cured, but treatment will be essential to the individuals and their families. It implies that an early diagnosis is beneficial since the condition will not be chronic, and there is a probability of curbing its progress as time passes. A scientific study by three professors established that early interventions and diagnosis of dementia would improve the quality of life (QOL) to an individual and family. The following are benefits of early diagnosis of dementia to those with dementia and their family in different aspects:

According to a 2017 report by the Alzheimer’s Disease International, 50 million people are living with dementia. Further research by Alzheimer’s Association predicts that the numbers are likely to hit 82 million by 2030 and 152 million by 2050. The prevalence of dementia cases seems to increase every year, and also new incidents of the same condition are alarming. Reflecting on the U.S, more than 5 million Americans have Alzheimer’s. About 2/3 of those people are women living with dementia. In the U.K, about 850,000 people are living with dementia, and every three minutes, a new case of dementia is diagnosed. It is an implication that millions of people are facing this condition, and it’s a threat to senior health.

Dementia is among the health condition that requires direct medical attention, social care, and informal care. Managing dementia can be costly. According to statistics, the societal, economic cost of dementia in 2015 was (US) $818 billion annually. That equals 1.1% of the world’s gross domestic product (GDP).

A 2017 study compared the costs of dementia from 2010 to 2015. It was evident that there was an increase in cost by 35%, respectively. The increase was a result of the increased cost of social care, informal care, and medical care triggered by increased numbers of people with dementia. Finally, the worldwide costs of dementia are huge and unevenly distributed.

In many cases, people are only focused on how dementia affects how the brain functions and causes an inability to perform basic activities. On the other hand, dementia contributes to a high mortality rate. According to the Alzheimer’s Association, 1 out of 3 seniors dies with Alzheimer’s or another form of dementia.

A 2017 report by the U.S based Center for Disease Control (CDC) researchers, showed that age-adjusted death rates for dementia increased from 30.5 per 100,000 in 2000 to 66.7 in 2017. Besides, 64% of deaths linked to dementia occurred in long term care facilities, nursing homes, and hospice facilities, while 22.9% were in decedent homes, and 8.7% of death occurred in medical facilities. Deaths linked to Alzheimer’s disease have increased to 146% while those caused by heart disease, i.e., the leading cause of death has dropped by 7.8%. Besides, those diagnosed with dementia and are over 65 years old have a lifespan of 4-8 years, while others can live for 20 years with the same condition.

Dementia is the 5th leading cause of death around the globe. Analysis from “Our World in Data Organization”, showed that dementia is among the non-communicable disease highly contributing to the deaths of people over 69 years old. Alzheimer’s Research UK cites Dementia as the leading cause of death in the UK over recent years. There is a probability of 40% increase in the global number of deaths from 2015 to 2030 as a result of dementia.

In different parts of the globe, people with dementia are often denied some basic human rights, they are discriminated against, and even treated unequally as others. Among are common instances that depict discrimination of people living with dementia include:

Multiple organitzations have advocated and has greatly campaigned for a human rights-based approach for people living with dementia.

Currently, there is no cure for any dementia, including the most common one, Alzheimer’s disease. Alzheimer’s Society argues that dementia research is underfunded; hence it will take a long time for a cure to be discovered. Besides, there is a profound need for effective treatment and a better understanding of dementia condition.

The bigger challenge is that there are limited clinicians and medical researchers dedicated to carrying out studies significant towards fighting against dementia. However, according to the National Health Service (NHS) UK, some researchers have dedicated themselves to particular areas related to dementia, which gives hope for an effective treatment and even a cure. Among the research areas include:

Relevant agencies ought to partner and pull together all their available resources with an aim to find ways to improve then lives of those living with dementia. More funds should also be channeled towards dementia research and establishing specific and advanced institutions. You can donate to Dementia Society of America at this link https://www.dementiasociety.org/donate

Unlike cancer and AIDs, very few organizations are dedicated in creating awareness about this health condition affecting millions of people around the globe.
Improved awareness about dementia across all levels of society has a significant impact to those suffering and their families. It has the potential to reduce discrimination against those living with dementia and also enhance the quality of life in our communities. Besides, dementia patients will not experience stigma as they will feel that the society is concerned about their problem.

Non- governmental organizations, medical facilities, psychologists, government agencies, associations, religious groups, and learning institutions should educate society on different topics of dementia and how to deal with the condition.

Dementia is a threat to the health of millions of people all over the world. Having knowledge and a better understanding of the facts about dementia is essential as it can happen to anyone in society. Dementia prevalence is increasing at a high rate; hence we all need to understand it from all perspectives.

We all have roles to play towards dementia from accessing adequate and quality health care for those living with dementia, reducing stigmatization, taking care of dementia patients to participating in finding a cure for dementia.

FILL OUT THE FORM FOR A FREE IN-HOME CARE CONSULTATION

To advance the benefits of home care services in our communities and to make the best use of our God-given resources through developing and maintaining positive relationships within the community and state. 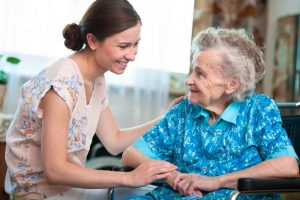 How To Choose An Ohio Home Health Care Company?

7 Signs Of Dementia Your Loved One May Be Showing Now